While spending a family vacation in the Big South Fork National Recreation Area, I came across the Big South Fork Scenic Railway. I thought it would be a fun family experience to take a train ride deep into the Big South Fork gorge to the Blue Heron Mining Camp. The best part about this train ride is that dogs are allowed!! We all know that Ellie is my traveling companion and I love taking her places and showing her new things! 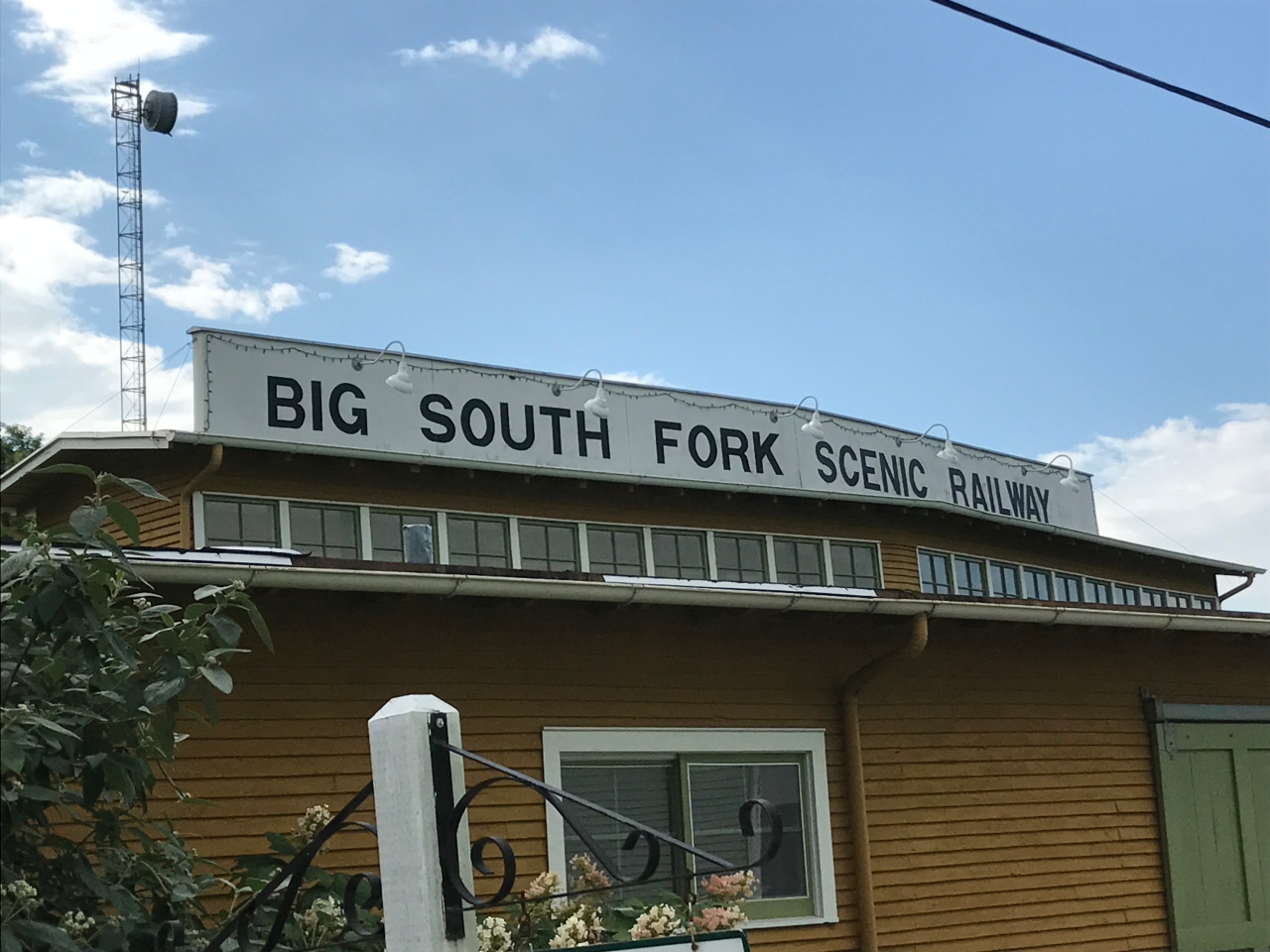 Tickets are around $25 a piece and we purchased them online and then picked them up that day at the depot. Included in your ticket price is admission to the museum. The museum is the large white and green house up on the hill. Be sure to check it out! They had a lot of interesting memorabilia. Then even allowed Ellie to walk around in there!

Patiently waiting to board the train!

The diesel powered train departs from the Stearns, Kentucky train depot. I casually heard the conductor mention to someone that the best place to sit is on the left side of the train car since it has better views. I agree! I would also recommend sitting in the last car as you could smell the exhaust from the engine. The 45 minute ride into the gorge was a lot of fun. I loved looking out the windows at the scenery. They also play a recording of the history of the area, but it is a bit difficult to hear over the noise of the train. 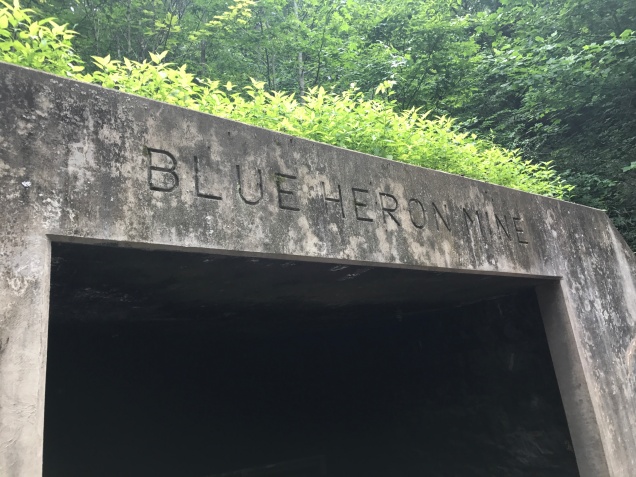 You have an hour and fifteen minutes to spend here before the train departs for the depot. We first headed for the Tipple and Bridge. Trains once crossed this bridge that spans the Big South Fork River. I loved the views from up here! On the other side of the bridge, are trailheads, but be advised that if you rode the train, you do not have enough time for these hikes.

We then checked out the mine entrance and the other sites around the camp. One interesting feature is the “ghost buildings”. The Park Service has constructed green –framed metal structures to represent where buildings once stood. Within each ghost building is an audio box that tells part of the story and history of the mining camp in the voices of the actual employees and residents. Very cool!

They also have a small concession stand so we grabbed an ice cream cone while we walked around and toured some of the other sites.

A couple other things to note:

A little scared, but riding back to the depot all by herself!