We took a family vacation to Big South Fork National Recreation Area and one of the first places we visited was Pickett CCC Memorial State Park outside of Jamestown, Tennessee on the Cumberland Plateau. The Stearns Coal and Lumber Company once used the land and then in 1933, donated the land to the State of Tennessee. Between 1934 and 1942, the Civilian Conservation Corps constructed buildings, hiking trails and Arch Lake.

Before entering the actual park, we stopped at trailheads for Hazard Cave and Indian Rock House. The small parking lot is along Highway 154. We first hiked to Hazard Cave which is .25 miles from the trailhead. After descending two flights of stairs, the trail meanders along the base of rock bluff. This area is beautiful! The sheer size of the rock overhang is impressive. 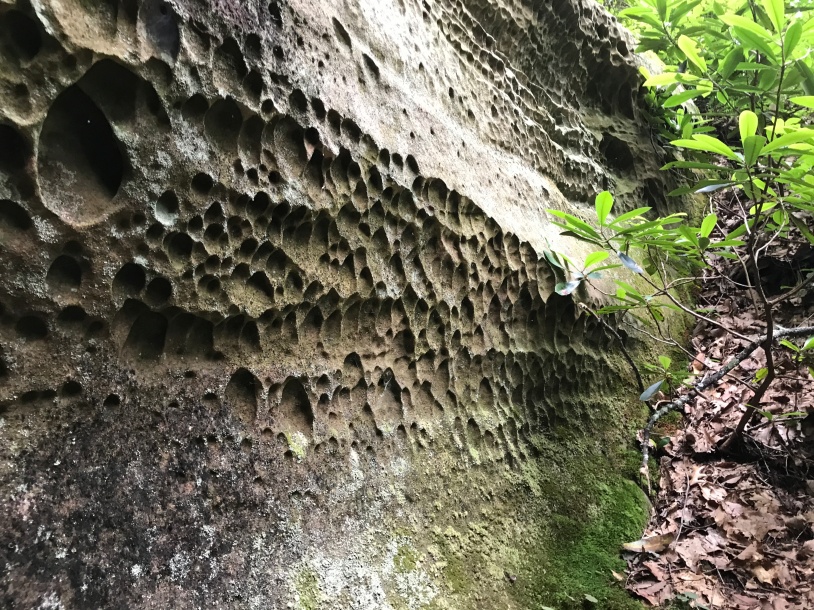 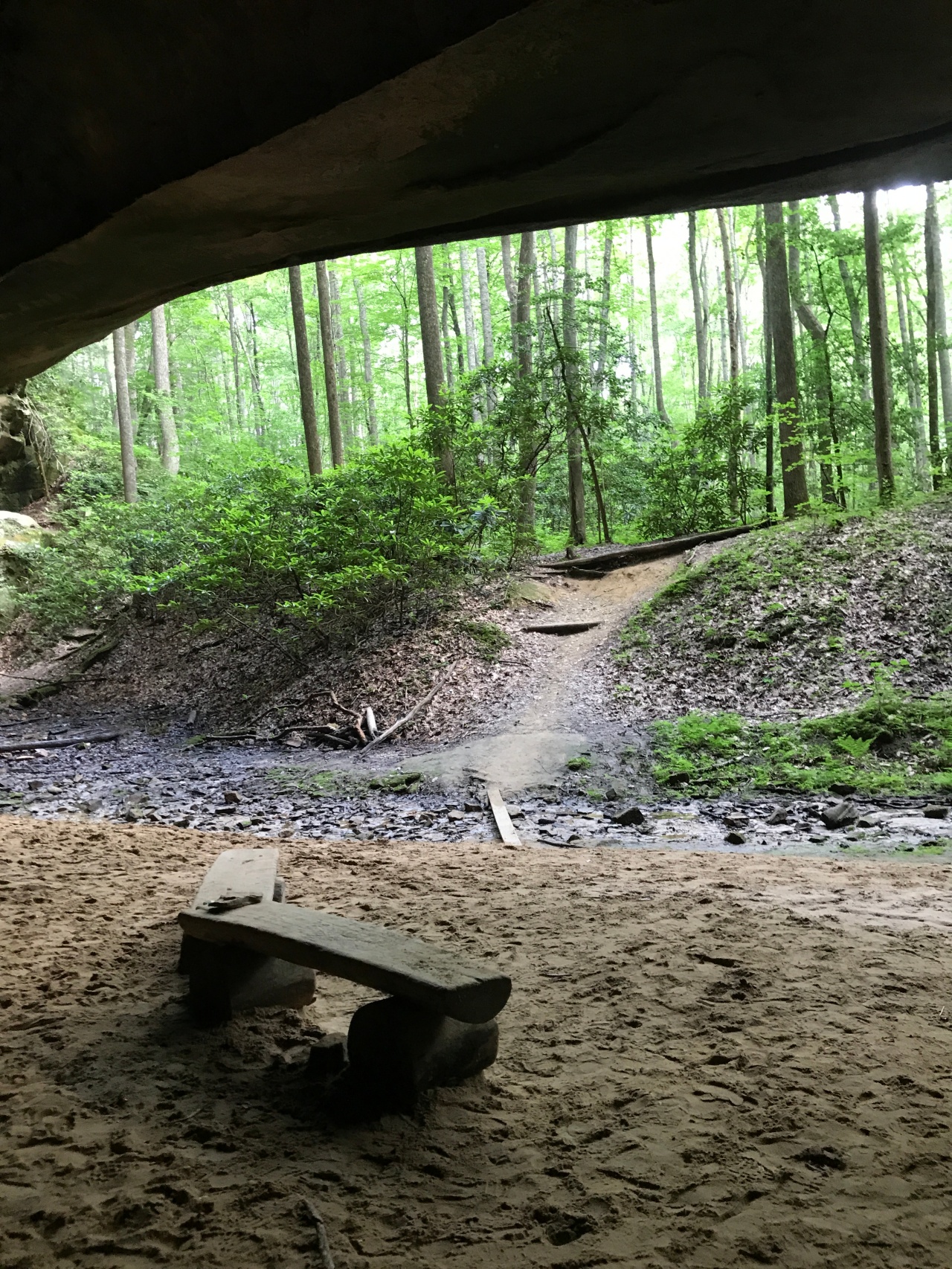 The trail is a loop trail, but after checking out Hazard Cave, we headed back the same way we came in. Next, we hiked to Indian Rock House. The sign says it is 700ft to the rock house. This area is just as impressive, but if you only have time for one hike I would recommend the hike to Hazard Cave.

Just up the road, toward the park, is another pull-off to the left with a sign for the Natural Bridge. The Natural Bridge is probably about 20 feet from the trailhead. You can walk across the natural bridge, but before the bridge is a small rock stairway that takes you down below the bridge. It is a little precarious to climb down since the rocks can be slippery and the terrain is uneven. The arch is very thin in the middle, but has a span of 86 feet.

Next, we drove into the park and checked out the suspension bridge over Arch Lake. The bridge gives you a great view of the lake without actually having to be on the water. 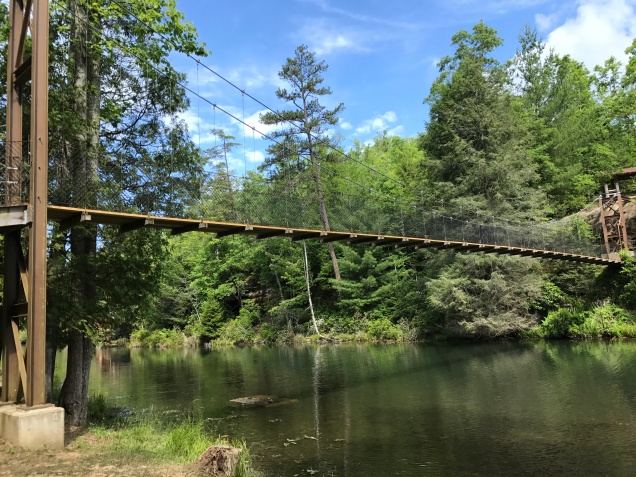 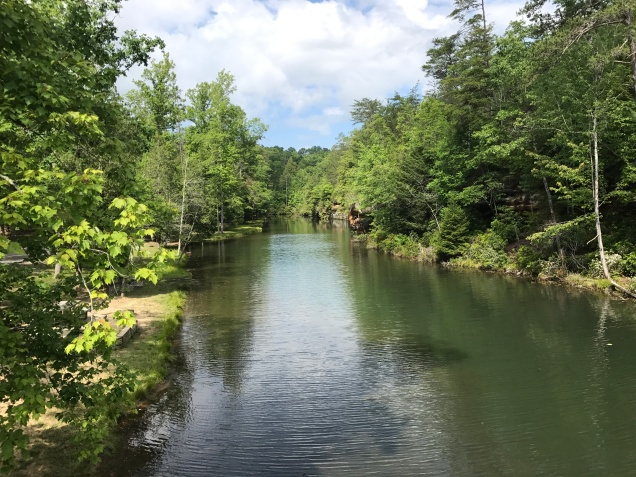 We then tried to catch a glimpse of the iconic Natural Arch.

In 2015, Pickett State Park and the adjacent Pogue Creek Canyon State Natural Area were named as a Silver-tier International Dark Sky Park. This means that the night sky at the park has very little light pollution from surrounding areas.

Another interesting thing about the park is that you are able to see glow worms. I had saw a post on Facebook that Pickett State Park was hosting a ranger led hike to Hazard Cave to see the “glow-worms”. I checked in with the park office and it just so happened that the hike was on a night that we could go! I was super excited as the glow worms only appear for a few weeks around the beginning of June. The hike was awesome! It was crazy to be standing under a cave in the pitch black waiting for your eyes to adjust to see the glow worms. We actually saw quite a few clusters and I was pretty amazed!

Overall, I really enjoyed this park. I would really love to go back and camp here underneath the stars! Be sure to check this place out!