Every time I cross the Mississippi River on Interstate 270, I always look over at the historic Chain of Rocks Bridge. I love exploring old structures so this place had been on my bucket list for quite a while. To visit the bridge, exit at Route 3 on the Illinois side and use the one lane bridge to cross the Chain of Rocks Canal.

The Chain of Rocks Canal was built by the US Army Corps of Engineers as a solution to the dangerous “chain of rocks” in the Mississippi River. A series of rock ledges stretching 17 miles north of St. Louis makes navigating the river difficult and dangerous. The 8.4 mile long canal diverts river traffic around this obstacle.

After crossing the canal, you will arrive at the parking lot. I have read that you should park on the Illinois side as the Missouri side does not have a dedicated parking lot and there have been car break-ins. After saying that, I never felt unsafe while at the bridge. 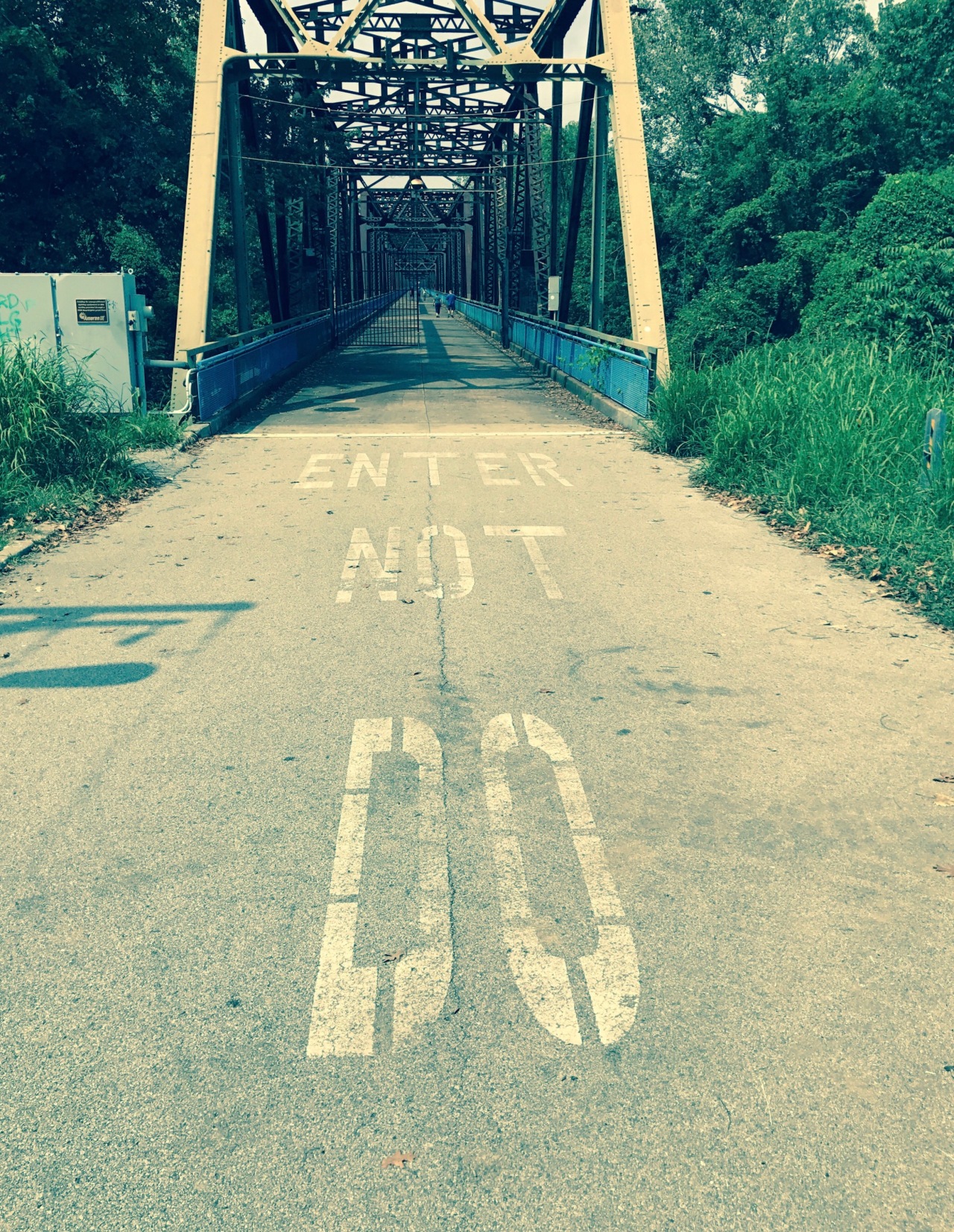 Construction began from both sides of the river in 1927. When the bridge opened in July 1929, it was used by the historic Route 66 as a means of crossing the Mighty Mississippi River. A beautiful toll both graced the Illinois side of the bridge. 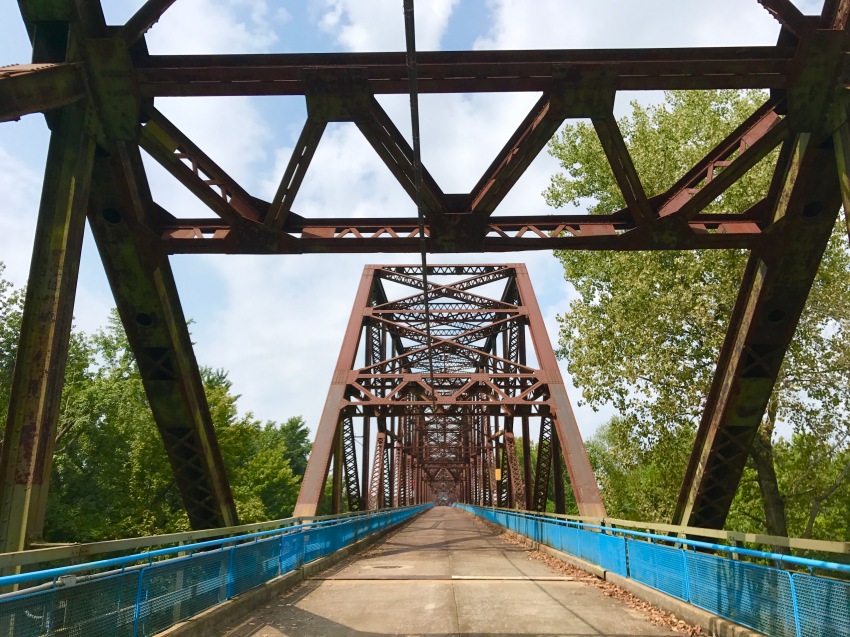 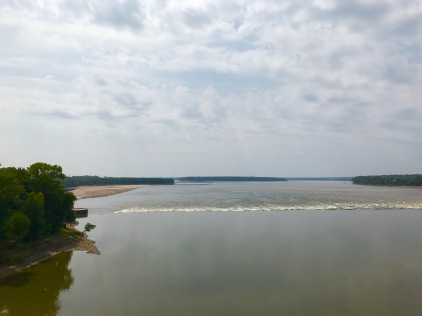 The most iconic feature of the bridge is the approximately 30 degree bend to the bridge. The initial plans called for a pier to be placed on a section of bedrock that would not withstand the weight of the bridge. Therefore, the bend was created.

Route 66 used the bridge until 1936 and in 1967 the bridge was closed to vehicular traffic. 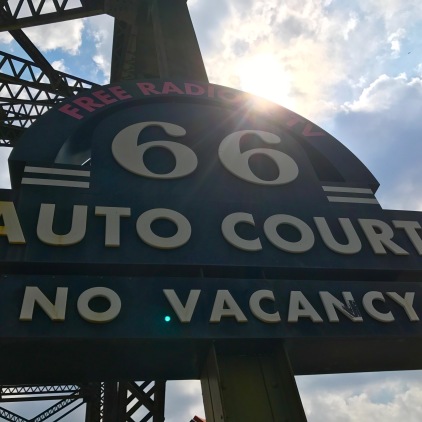 The bridge remained in limbo as the cost to demolish was too much and the bridge was too dated to carry modern traffic. Finally, Trailnet began restoration of the bridge and has now opened it to bicycle and pedestrian traffic.

There is also a fishing access parking lot where you can view the bridge from the side. I really enjoyed exploring this beautiful structure. Be sure to check it out!