Cummins Falls State Park is located near Cookeville, Tennessee, about an hour and a half east of Nashville. This rugged park is situated along the Blackburn Fork River. The highlight of this park is Cummins Falls which is the eight largest waterfall in the state. 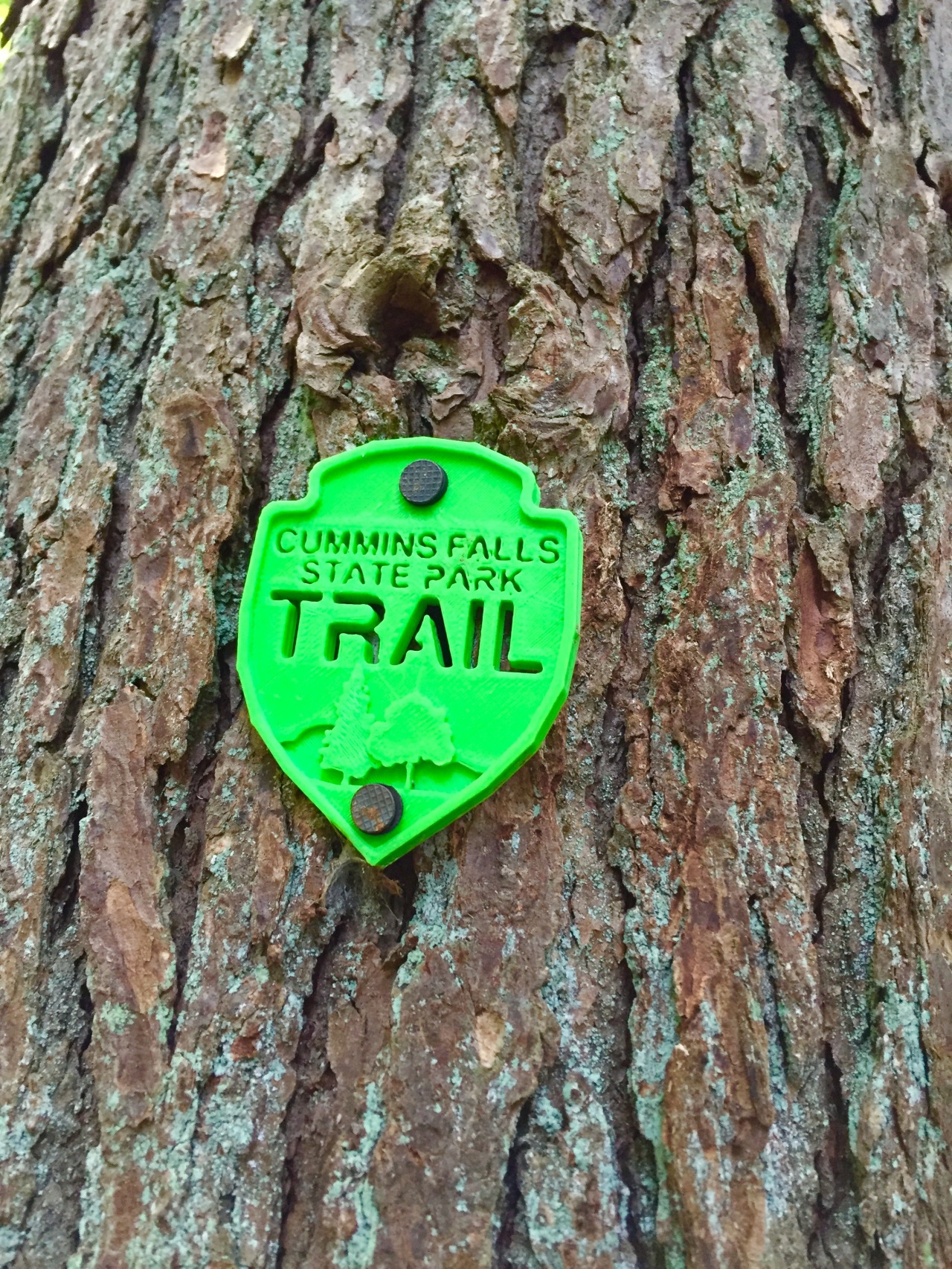 This park gets very crowded so my brother and I planned to head out and get there right as the park was opening. We first took the trails down to the river in hopes of capturing some pictures of the waterfall without a lot of people in it. A steep trail leads down to the river. 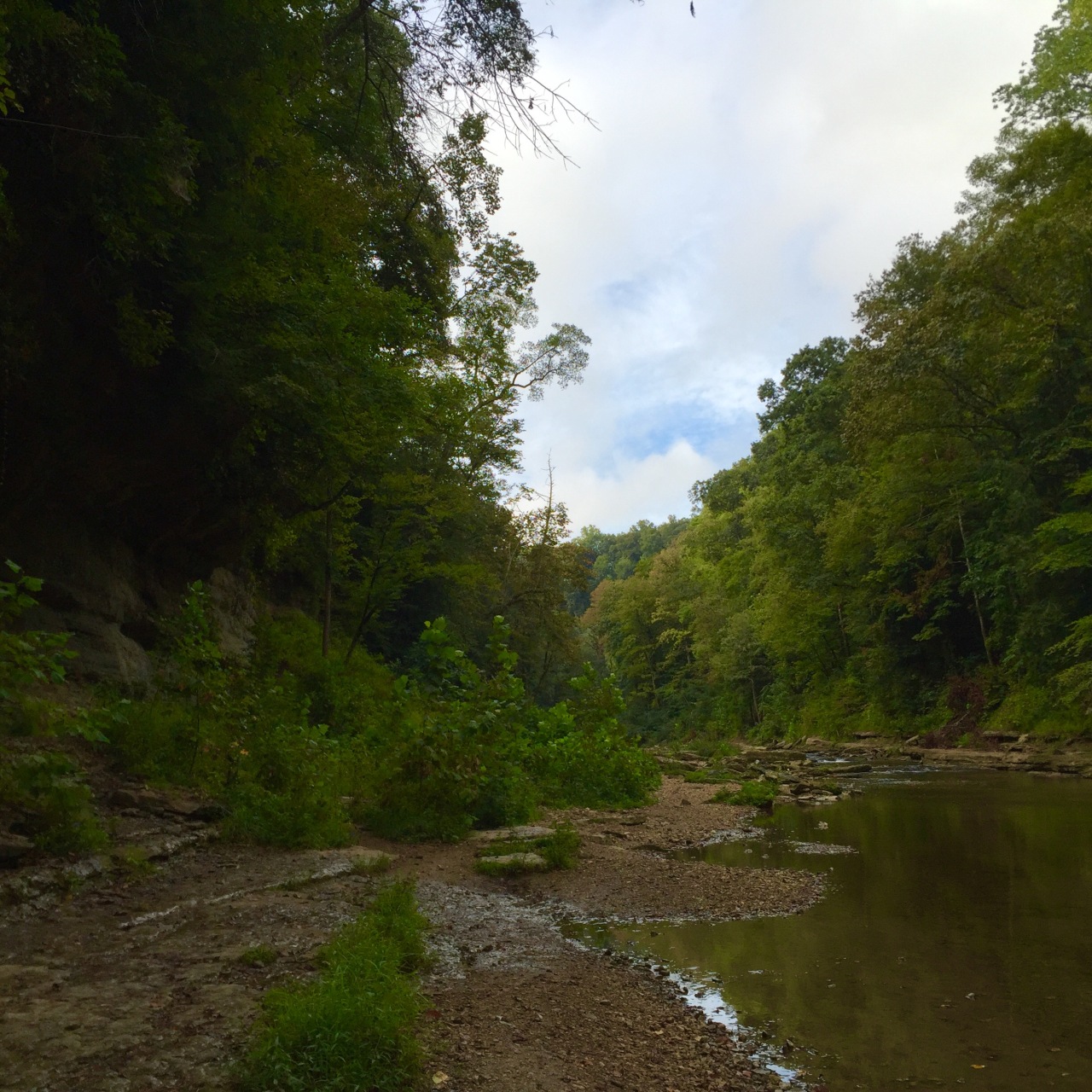 Once at the river, the trail goes to the left and follows the river upstream. You can kind of make your own trail through the gorge. Once around the bend, the waterfall comes into view. 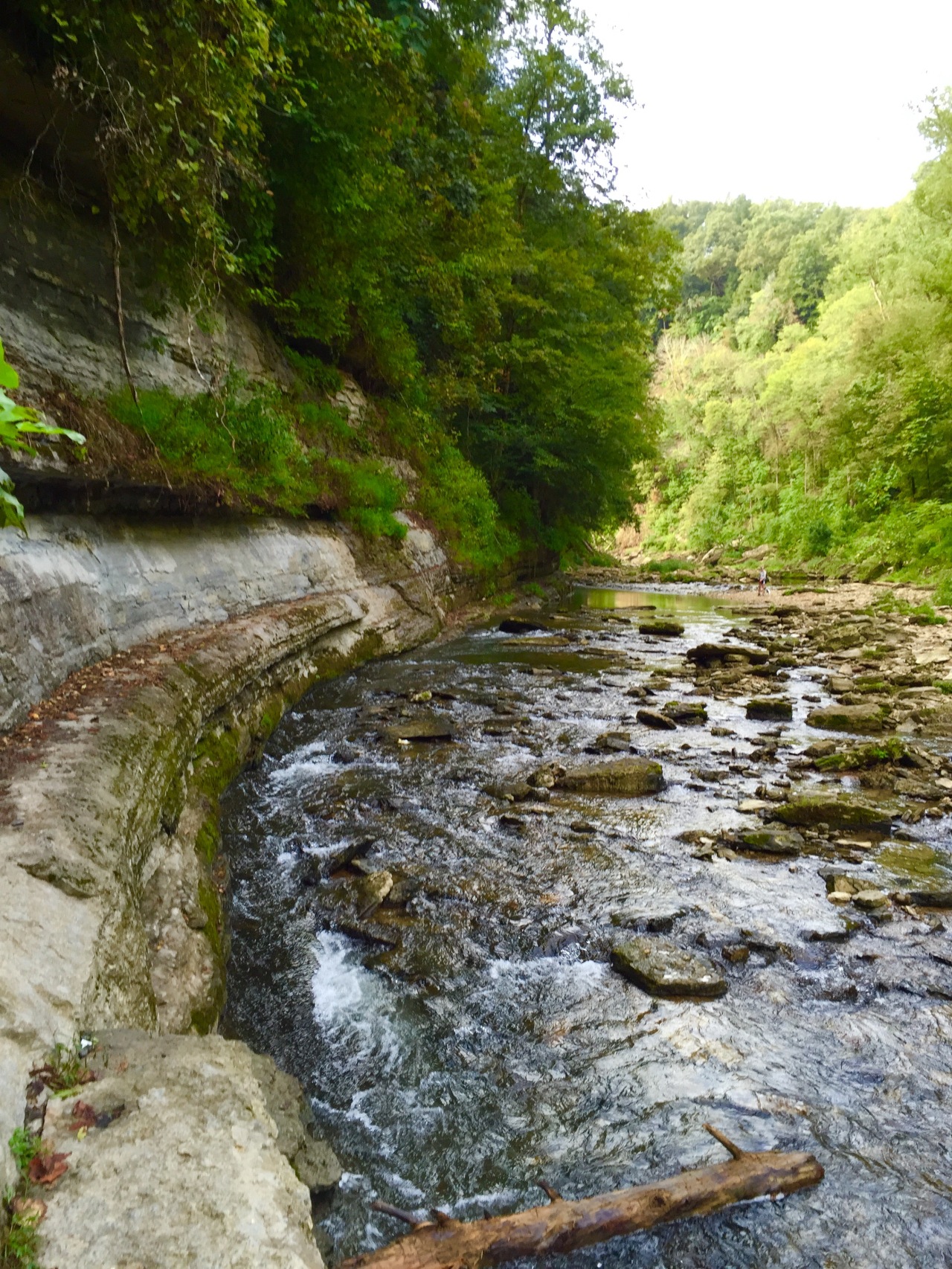 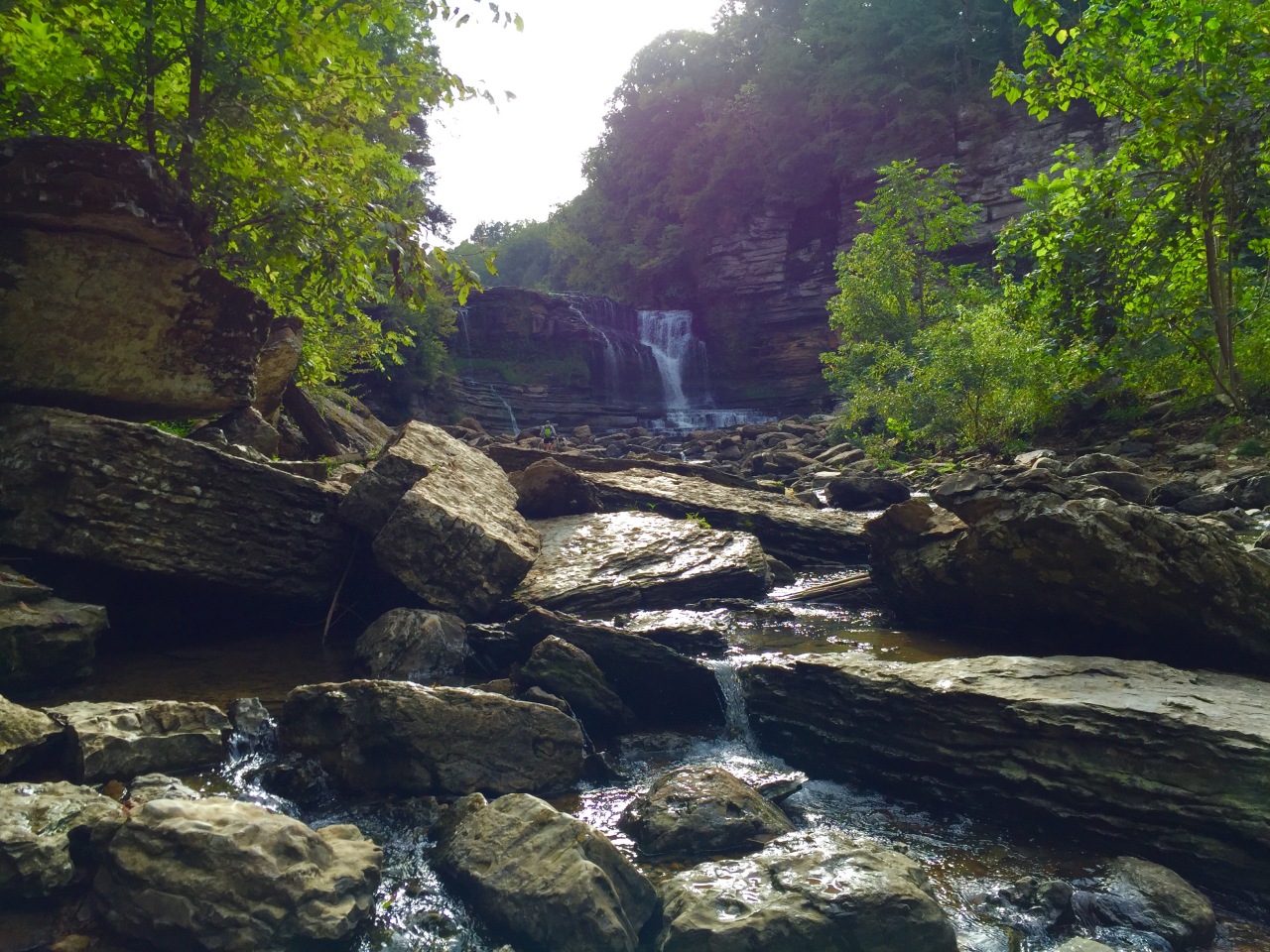 We climbed around on the rocks and actually walked in front of the waterfall. We enjoyed the beauty of nature.

We made out way out of the gorge and headed for the overlook. If you go to the point in the railing, you can get a view of the waterfall from above. By now, there was a lot of people enjoying the waterfall. 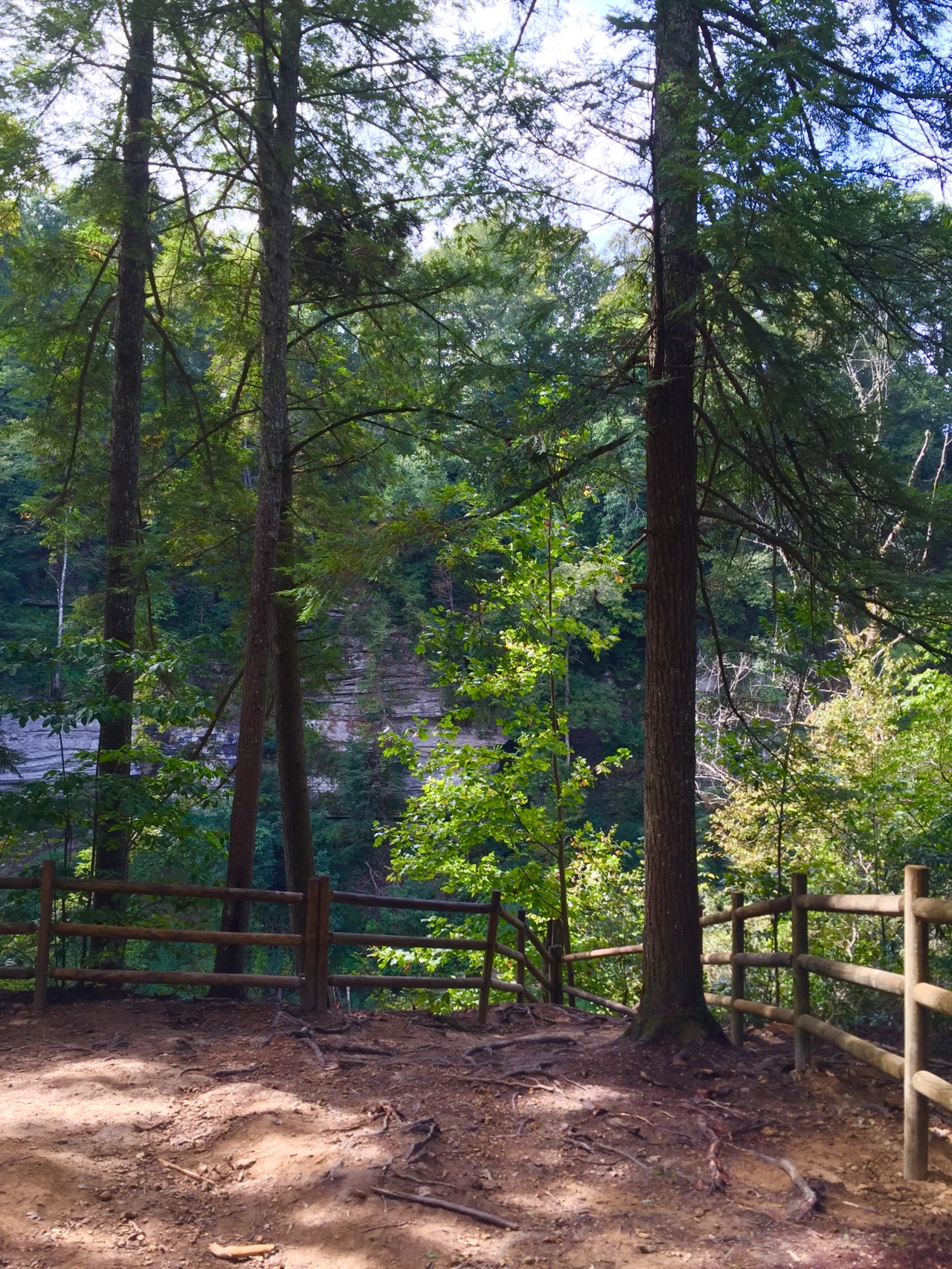 We headed back to the car, had a quick lunch and headed for Rock Island State Park! You can see the trails we hiked below on the map.