On our last day in Branson, we were dodging some rain showers so I was trying to think of something to do inside. I remembered seeing a billboard for Talking Rocks Cavern in West Branson and after seeing the good reviews on TripAdvisor, we decided to check it out. 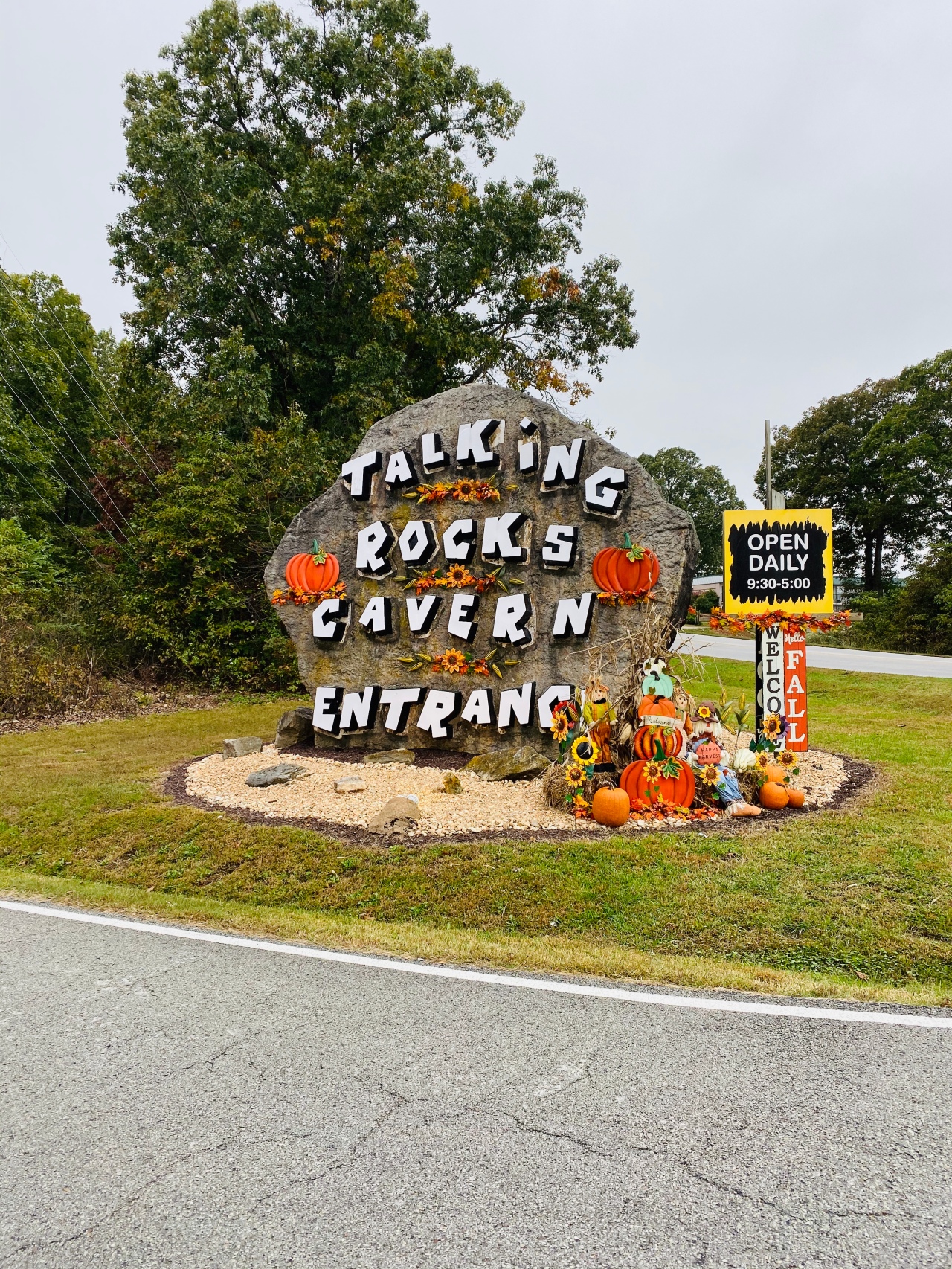 While we were there, tours were running every hour and we happened to show up just a few minutes before the next tour was leaving. The guy at the front desk greeted us and was so friendly! He checked us out quickly to make sure we got on the next tour. I also found a $2 off coupon on their website so be sure to check it out before paying!

The cave was first discovered in 1896. The cave opened for tours in 1921 was originally called “Fairy Cave”. The cave was later renamed when Silver Dollar City purchased the cave to the name we know today.

The cave is different than any cave tour I have ever been on. This is a vertical cave where you stayed primarily in the same area, but stairs allow you to descend to the bottom of the cave. 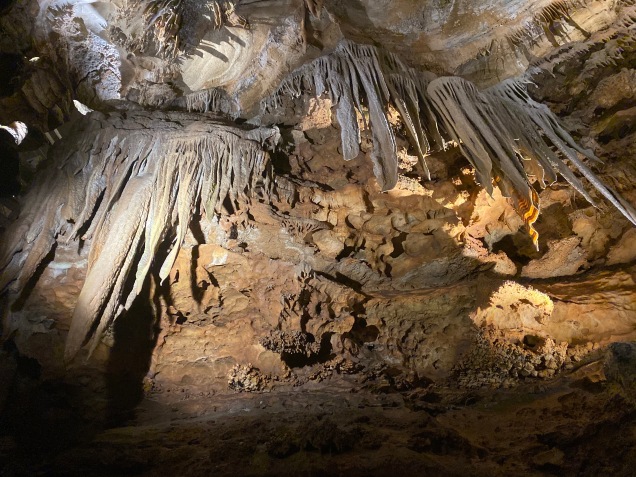 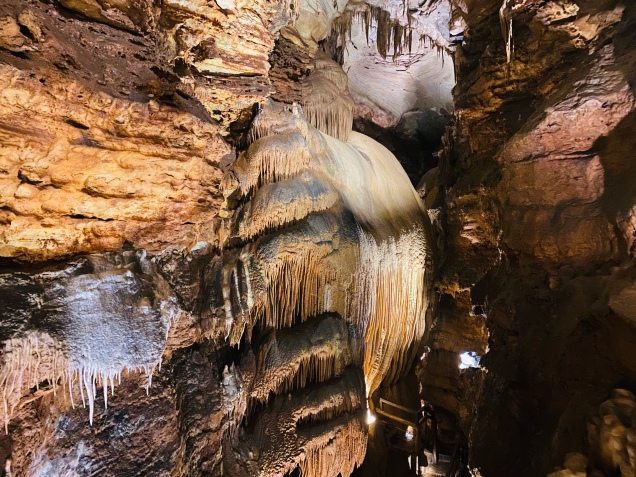 There were so many formations to look at! I was almost in awe! Lol! 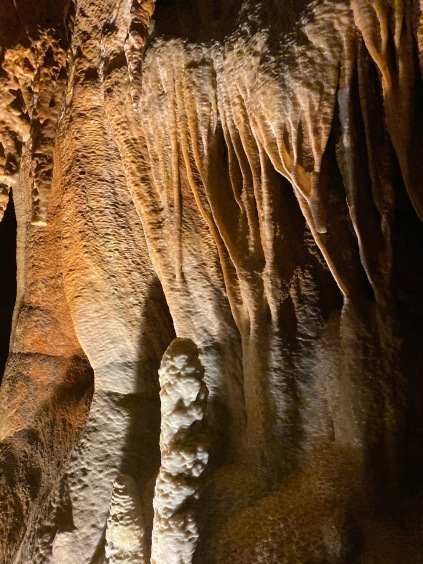 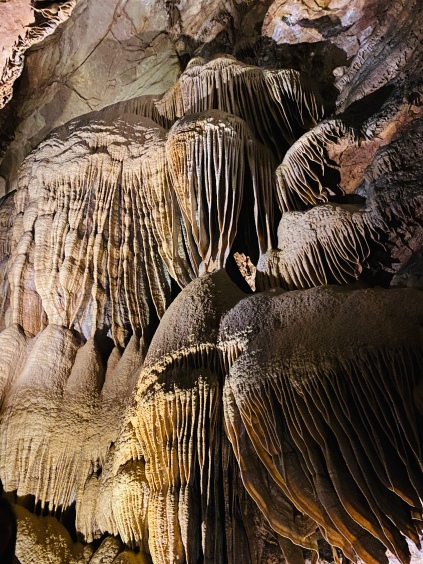 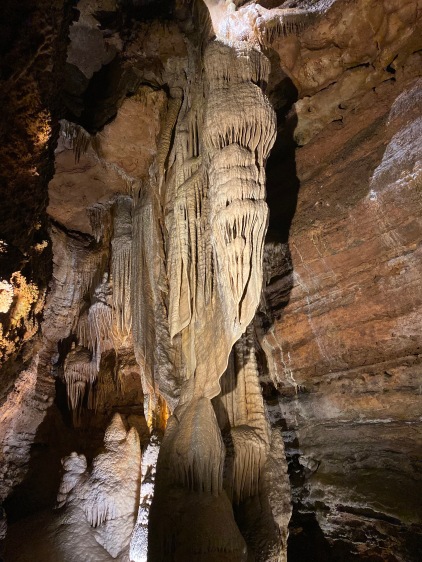 Our tour guide Hannah, was awesome and kept the tour entertaining and educational. One thing I really appreciated was that she explores caves herself so she had a lot of personal experiences to add to the tour.

After the tour ended, we returned to the gift shop and noticed a sign for a nature walk. This place had it all! We hiked to the wet weather waterfall and then to the lookout tower! And then competed the loop by passing through the “pancake rocks”. 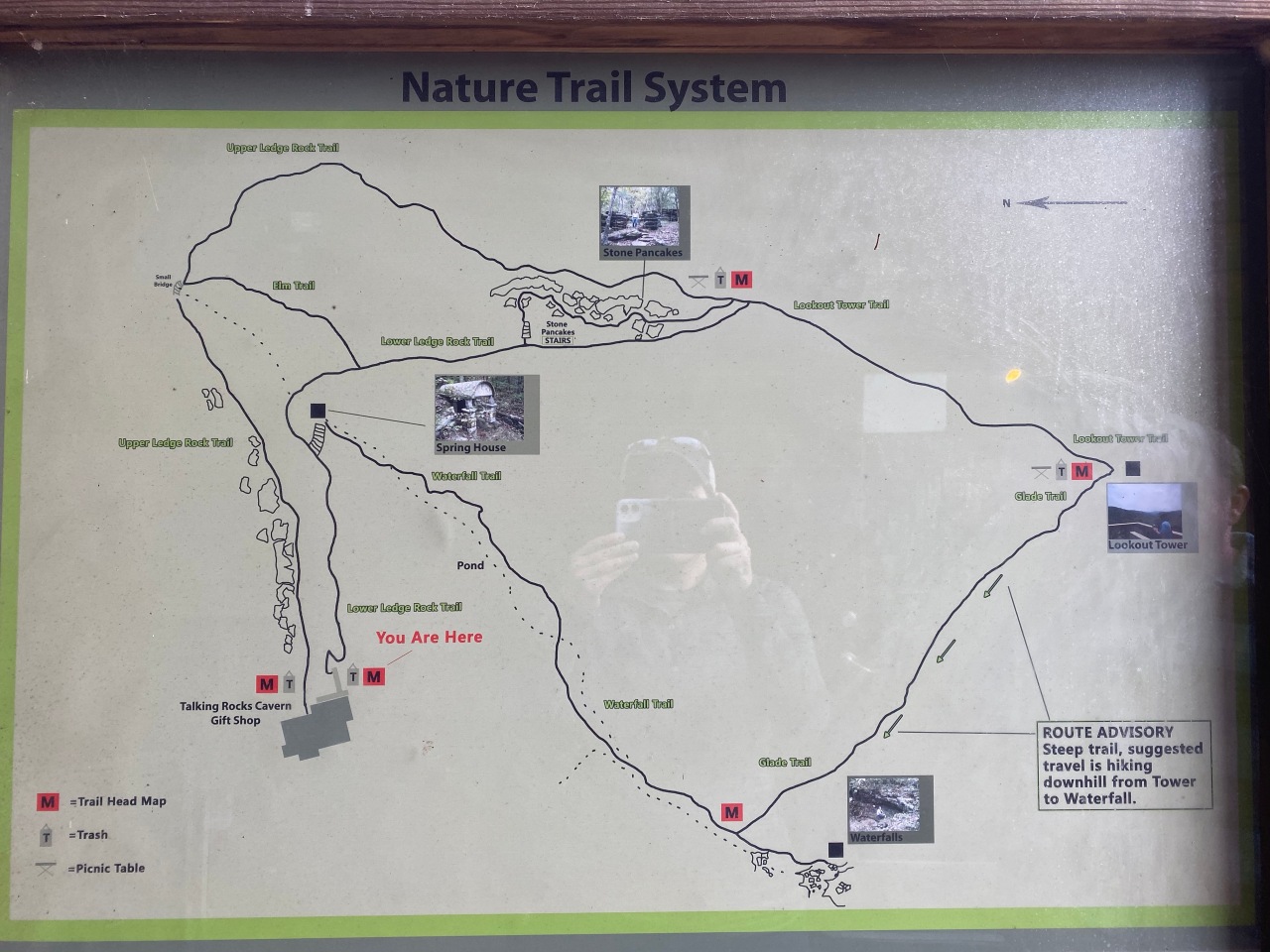 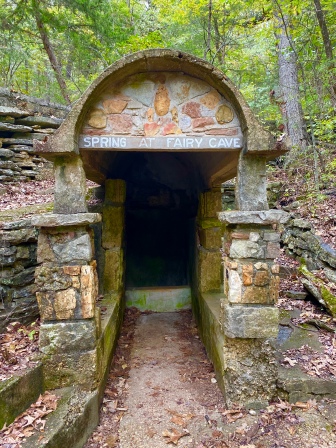 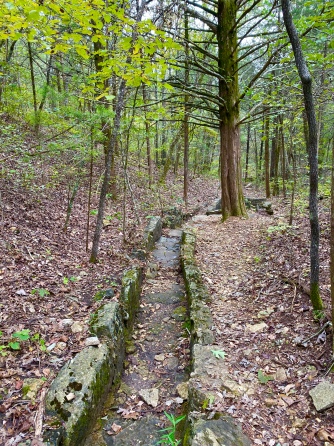 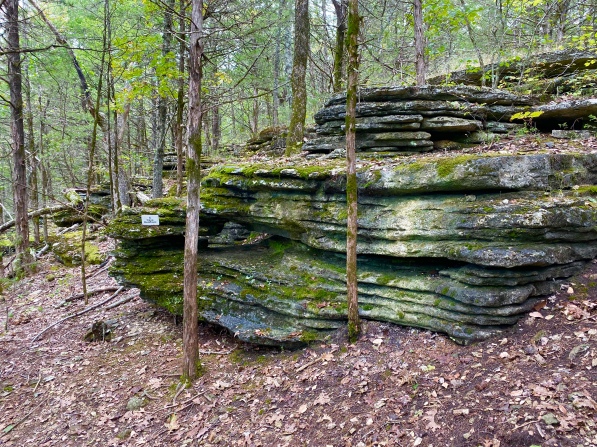 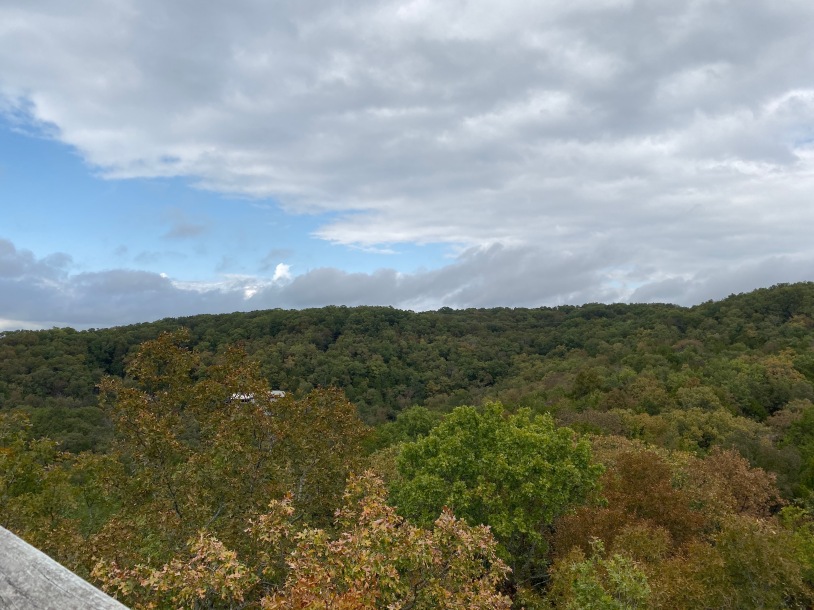 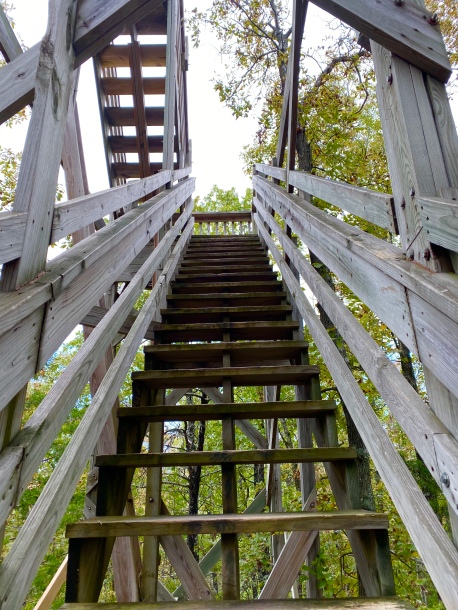 From start to finish this place exceeded our expectations. 5 stars for friendliness! Be sure to check them out!